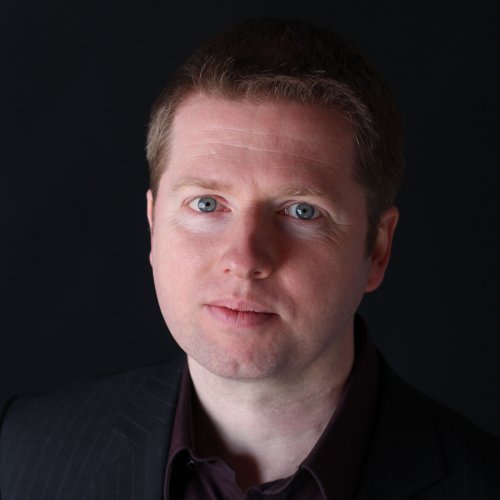 Ian Wilson (Northern Ireland, 1964) has written almost 200 works including operas, a range of orchestral and chamber music, and multimedia pieces.

His compositions have been performed and broadcast on six continents and presented at festivals including the BBC Proms, Venice Biennale and Gaudeamus and at venues such as New York’s Carnegie Hall, London’s Royal Albert Hall, Amsterdam’s Concertgebouw and Tokyo’s Suntory Hall.

In 1998 he was elected to Aosdána, Ireland’s State-funded body of creative artists, and in recent years he has been AHRB Research Fellow at the University of Ulster, Composer-in-Association with California’s Camerata Pacifica ensemble, and “An Foras Feasa” post-Doctoral Research Fellow at Dundalk Institute of Technology in Ireland. He was director of the Sligo New Music Festival from 2003 to 2011 and from 2010 to 2014 was Associate Composer with the Ulster Orchestra.

I Sleep At Waking