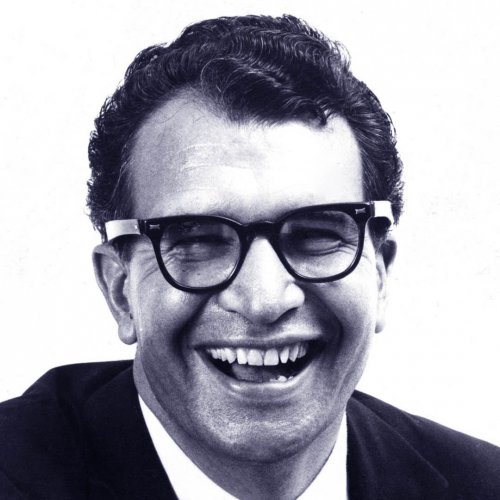 Dave Brubeck, designated a “Living Legend” by the Library of Congress, was one of the most active and popular musicians in both the jazz and classical worlds. With a career that spanned over six decades, his experiments in odd time signatures, improvised counterpoint, polyrhythm and polytonality remain hallmarks of innovation.

Born into a musical family in Concord, California– his two older brothers were also professional musicians–he began piano lessons with his mother at age four. He was 12 when his father moved the family to a cattle ranch in the foothills of the Sierras. Dave’s life changed dramatically. Piano lessons ended and cowboy life began. He worked with his father on the 45,000 acre cattle ranch. When he was 14, he started playing in local dance bands on weekends. When he enrolled at the College of the Pacific, in Stockton, California, his intention was to study veterinary medicine and return to the ranch. While working his way through school as a pianist in local nightclubs, the lure of jazz became irresistible and he changed his major to music. Graduating in 1942, he enlisted in the Army, and shortly thereafter married Iola Whitlock, a fellow student at Pacific. While serving in Patton’s Army in Europe, he led a racially integrated band. After his discharge from military service in 1946, he enrolled at Mills College in Oakland, California to study composition with French composer, Darius Milhaud. Milhaud encouraged him to pursue a career in jazz and to incorporate jazz elements into his compositions. This cross-genre experimentation with like-minded Milhaud students led to the formation of the Dave Brubeck Octet in 1947. In 1949, Brubeck with Cal Tjader and Ron Crotty, fellow Octet members, cut their first award-winning Dave Brubeck Trio recordings. After suffering a near fatal diving accident in 1951, Dave formed the Dave Brubeck Quartet with alto saxophonist Paul Desmond, who was also a member of the Octet. The legendary Brubeck-Desmond collaboration lasted seventeen years and beyond.

The Dave Brubeck Quartet’s recordings and concert appearances on college campuses in the ‘50s and early ‘60s introduced jazz to thousands of young people. The Quartet’s audiences were not limited to students, however. The group played in jazz clubs in every major city and toured in package shows with such artists as Duke Ellington, Ella Fitzerald, Charlie Parker, Dizzy Gillespie and Stan Getz. The Dave Brubeck Quartet repeatedly won top honors in trade magazines and critic’s and reader’s polls. In 1954 Dave Brubeck’s portrait appeared on the cover of Time Magazine with a story about the jazz renaissance and Brubeck’s phenomenal ascendancy.

In 1958 the Quartet made their first of many international tours. The U.S. State Department sponsored the Quartet’s performances in Poland, India, Turkey, Sri Lanka, Afghanistan, Pakistan, Iran and Iraq. Exposure to many different cultures was reflected in the group’s repertoire that sometimes incorporated exotic elements. The 1959 recording “Time Out” experimented in time signatures beyond the usual jazz 4/4. To everyone’s surprise “Time Out” became the first jazz album to sell over a million copies and “Blue Rondo a la Turk” and “Take Five” (now in the Grammy Hall of Fame) began to appear on jukeboxes throughout the world.

Early in his career Brubeck wrote primarily for this Quartet, and some of those pieces, such as “In Your Own Sweet Way” and “The Duke” became part of standard jazz repertoire. His first orchestral composition, “Elementals“, written for an improvising jazz combo and symphony orchestra was premiered and recorded in 1962. Choreographed by Lar Lubovitch, “Elemental Brubeck” is currently in the repertoire of the San Francisco Ballet and several other dance companies.

Throughout his career Brubeck experimented with integrating jazz into classical forms. In 1959 his Quartet premiered and recorded his brother Howard’s “Dialogues for Jazz Combo and Orchestra” with the New York Philharmonic, Leonard Bernstein conducting. In 1960 he composed “Points on Jazz” for the American Ballet Theatre, and in later decades composed for and toured with the Murray Louis Dance Company. His musical theater piece “The Real Ambassadors” starring Louis Armstrong and Carmen McRae was recorded and performed to great acclaim at the 1962 Monterey Jazz Festival.

In the ‘80s Brubeck led a quartet that featured clarinetist Bill Smith, a former Octet member, with his son Chris on electric fretless bass and Randy Jones on drums. This group toured the Soviet Union in 1987 and along with former bassist, Eugene Wright, accompanied President Reagan to Moscow to perform at the Reagan-Gorbachev Summit in 1988. Since the Dave Brubeck Quartet’s first appearance at a State Dinner for King Hussein of Jordan during the Johnson administration, Brubeck performed at The White House on several occasions and for many different Presidents.

Shortly after the dissolution of the “classic” Quartet, the Cincinnati Symphony Orchestra, with Erich Kunzel conducting, premiered Brubeck’s oratorio,” The Light in the Wilderness” (February 1968). The following year Brubeck’s second major work “The Gates of Justice”, a cantata based on the words of Martin Luther King, Jr. and the Old Testament, was also premiered by Kunzel in Cincinnati. It has since been re-recorded by the Baltimore Choral Arts Society, Cantor Abraham Mizrahi, tenor and Kevin Deas, bass-baritone, for the Milken Archive of American Jewish Music, Russell Gloyd conducting.

Throughout his career Brubeck continued to experiment with interweaving jazz and classical music. He performed as composer-performer with most of the major orchestras in the United States and with prestigious choral groups and orchestras in Europe and America. When citing some of the highlights of his career, Dave would always include the premier of his composition “Upon This Rock” for Pope John Paul II’s visit to San Francisco and the performances of his mass “To Hope! A Celebration” in St. Stephan’s Cathedral in Vienna and in Moscow with the Russian National Orchestra and Orloff choir.

Dave Brubeck’s compositions include a popular Christmas choral pageant “La Fiesta de la Posada”, oratorios and cantatas, ballet suites, a string quartet, chamber ensembles, pieces for solo and duo-piano, violin solos and orchestral works. His mass “To Hope! A Celebration” has been performed throughout the English-speaking world, Germany, Russia and Austria and was recorded in the National Cathedral in Washington, D.C. In 2002 the London Symphony Orchestra and London Voices recorded in “Classical Brubeck” his Easter oratorio “Beloved Son”, “Pange Lingua Variations”, “The Voice of the Holy Spirit” and a composition for string orchestra, “Regret“, all under the baton of Russell Gloyd, who was Brubeck’s conductor, producer and manager for 34 years. In 2006, the Monterey Jazz Festival  presented Dave’s mini-opera based on Steinbeck’s “Cannery Row“.

While increasingly active as a composer, Brubeck remained a leading figure in jazz, recording for Telarc, appearing in festivals and touring internationally in concert halls with the most recent version of the Dave Brubeck Quartet– Bobby Militello, sax and flute, Randy Jones, drums, and Michael Moore, bass. As in former Dave Brubeck Quartets, each was a master musician and their concert repertoire ranged from “hits” from the old Quartet “book” to cutting edge new material.

Throughout his long career Dave Brubeck received many national and international honors, including the National Medal of the Arts from President Clinton, a Lifetime Achievement Award from the National Academy of Recording Arts and Sciences, the Smithsonian Medal, and a star on the Hollywood Walk of Fame. He was awarded numerous honorary doctorates from American, Canadian, English and German universities, including an honorary degree in Sacred Theology from Fribourg University, Switzerland. Brubeck received the Distinguished Arts Award from the Ford Honors program of the University of Michigan and in 2006 received from Notre Dame their highest honor, the Laetare Medal. He was a Duke Ellington Fellow at Yale University, and was presented with the Sanford Medal by the Yale School of Music

In the year 2000 the National Endowment for the Arts declared Dave Brubeck a Jazz Master. He was inducted into the American Classical Music Hall of Fame in 2003. In 2007 he received a Living Legacy Jazz Award from Kennedy Center and the Arison Award from the National Foundation for the Advancement of the Arts.

His international honors include Austria’s highest award for the Arts, a citation from the French government, and the Bocconi Medal from Italy. The London Symphony Orchestra, acknowledging their long association, presented him with their prestigious Lifetime Achievement Award in 2007.

In 2009, Dave was honored to receive the prestigious Kennedy Center Award, which President Barack Obama bestowed on him on his 89th birthday. 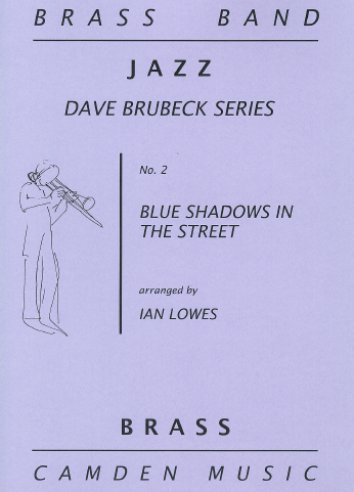 Blue Shadows In The Street 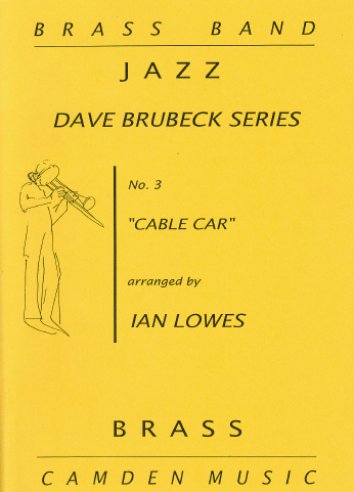 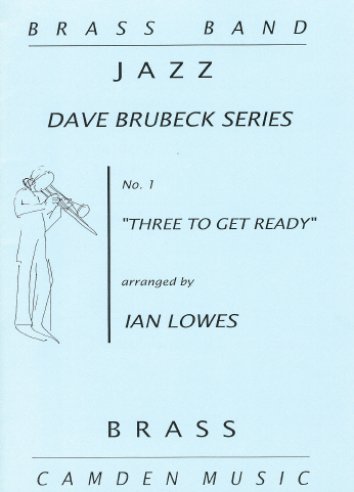 Three To Get Ready