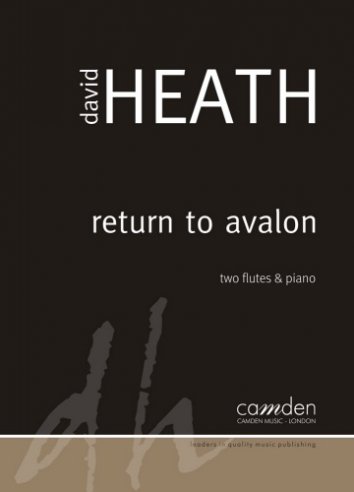 Return To Avalon is scored for two flutes, one doubling piccolo, the other doubling alto flute.

"Return to Avalon" is the story of two great Cathar flute players who rise from the ashes of the Montsegur massacre, to return and baptize the world into the truth of the eternal through the beauty of sound and honesty of expression. Heath imagined these "Sons of the light," playing this piece, and letting its message of friendship and brotherhood echo out over the mountains.

Two Flutes, one doubling Piccolo, the other doubling Alto Flute.