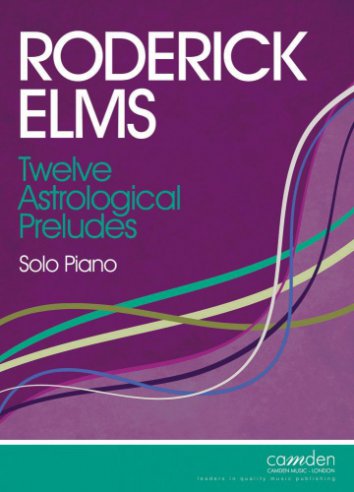 Twelve Astrological Preludes were written over a period of roughly two years and several were broadcast on BBC Radio 2's Friday Night is Music Night as well as in other concerts. Aquarius was written in 1994 as a filler to a popular BBC solo piano series of the time called At the Piano. It was named Aquarius for programming purposes and as Elms left the studio the producer called after him 'Only eleven to go' – and so Twelve Astrological Preludes came into being.

The preludes, which run in the usual cycle, are based upon two melodic strands and there is one piece in each of the twelve major keys. The character and style of each prelude alludes to certain character traits of its particular birth sign and each piece bears the initials of a friend born under that particular sign.? Each prelude is prefaced by a printed description of some of the general characteristics deemed to be associated with that sign. These are, of course, generalisations! Some preludes show a little deference to some of my favourite 'masters'.

Elms has recorded Twelve Astrological Preludes for the Herald label and they are available on the CD Moody Moves together with other pieces of his chamber music including the piano sextet from which the CD takes its name. More information is available at masterkeyboards.co.uk. 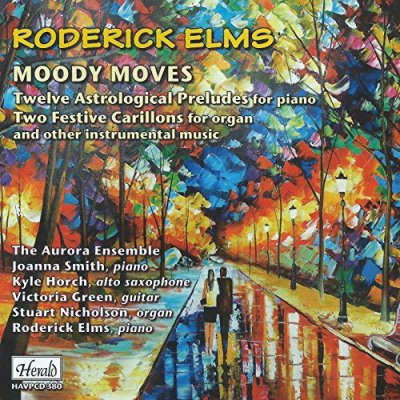 These performances (by the composer) were recorded in Temple Church in London. The complete work and others by Roderick Elms are on the CD 'Moody Moves' on the Herald label.