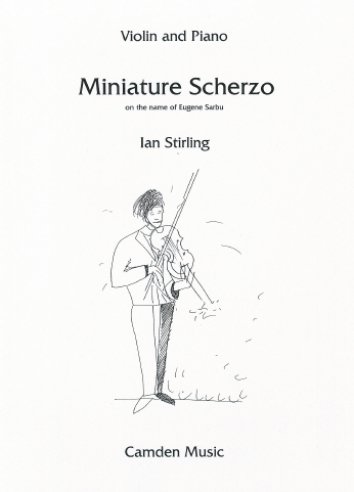 This piece was written for Eugene Sarbu on whose name it is based.

Throughout the history of classical music, composers have from time to time used musical letters as part of their thematic writing. The first well-known example is that of J.S. Bach: he used the letters of his name B(B flat)-A-C-H(B natural) in various works including the "Musical Offering". Using various different schemes of assigning notes to letter names (e.g. German spellings, French spellings and tonic sol-fa) it is possible to use the entire alphabet rather than be restricted to the standard ABCDEFG.

Ian Stirling's object in making use of this system has chiefly been to avoid the obvious. By using letter-names, one is forced to use one's ingenuity through sheer limitation of choice rather like confining oneself to a rigid rhyme and meter scheme in poetry.